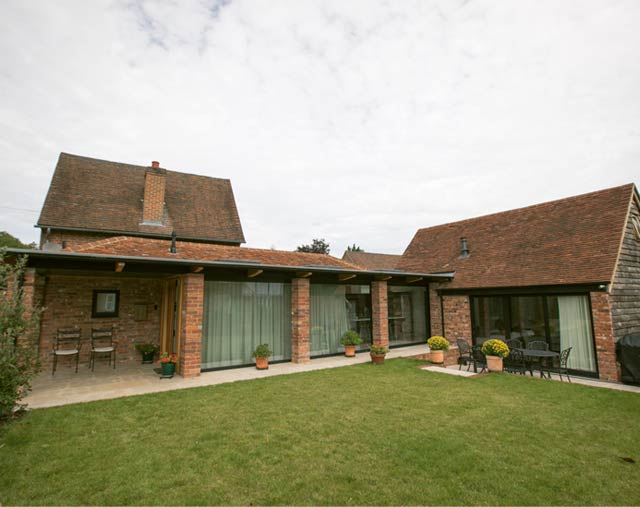 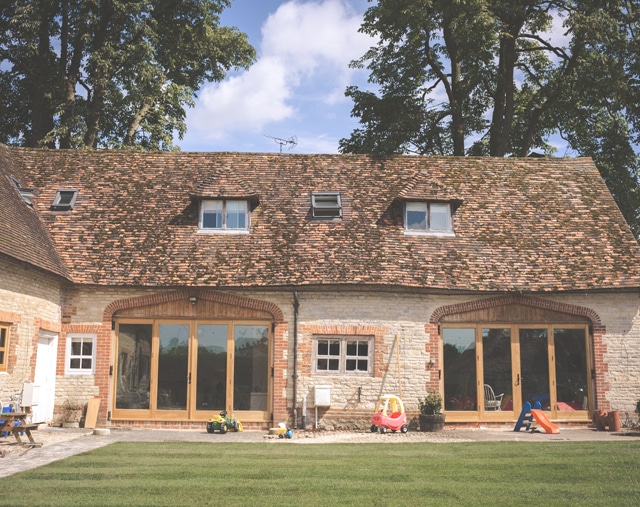 Our project has been shortlisted for a Build It Award 2020

but we need your help to win the category. Click on the link below to vote for our project.

Vote for us here

On the land of Ben and Maggie’s current property sat a dilapidated barn, which was being used as a garage. A little separated from this barn sat an old garden pergola structure, with distinctive brick pillars, that used to house a road side devotional statue of St. Francis of Assisi. The barn and garden structure sat within the curtilage of our client’s current house, a Grade 2 listed building, and were also within a Conservation Area. Ben and Maggie had tried to get permission for a new dwelling before and had been unsuccessful.

At their first meeting with lapd Architects they invited Opinder to see the property alongside a conservation officer. Opinder designed the beginnings of what would become the main design vision for the project there and then. From that point onwards lapd Architects, after being appointed, worked closely with the clients to create a beautiful modern home that would not only be useful to them in the immediate but would also function as a retirement home in the future. The pillars which formed the pergola feature have been reimagined with large glazed panels that don’t compromise the structural integrity of the listed features.

The flow between this aspect of the design and the existing barn, which has been sympathetically restored and incorporated with the rest of the building, was created via the introduction of a completely new barn and architectural link. lapd Architects conceived of this section to create something in keeping with the character of the whole build whilst also providing much needed space so that the property could function for Ben and Maggie’s needs, both now and in the future. lapd Architects worked with Ben and Maggie throughout the whole process, fighting for planning approval against local opposition and coordinating structural engineers and contractors throughout the build.

“Our intention was to have a house that the kids could use when they get a bit older and then, ultimately, when we got a bit older, could be used as a retirement home for us. The difficulty was that we thought with all the restrictions, such as the listed building status and local panning requirements, there would have to be significant compromise. What we have discovered, however, is that lapd managed to use the constraints of the site in a positive way to make something innovative and modern that is actually more complimentary to the plot and character of the build. From the first meeting that we had with lapd Architects this dream seemed a lot closer to becoming a reality. Straight away they suggested that the listed pillars could be joined via a new structure and link to the old barn. This link is really the gem of the build for us. lapd managed to make the upstairs area feel so spacious even within the tight constraints for the build, and the way the whole design flows so seamlessly is an absolute joy. We began with an idea about making the most of an asset we had, the land which housed the old barn. We then started working with lapd to navigate the planning restrictions of the village alongside the listed status of the barn. Ultimately, however, with the help of lapd, we returned to what we realised was always our core goal throughout all of this: developing a home that was special, uniquely sympathetic to the plot and wonderfully individual to us and our needs. We couldn’t be happier.” 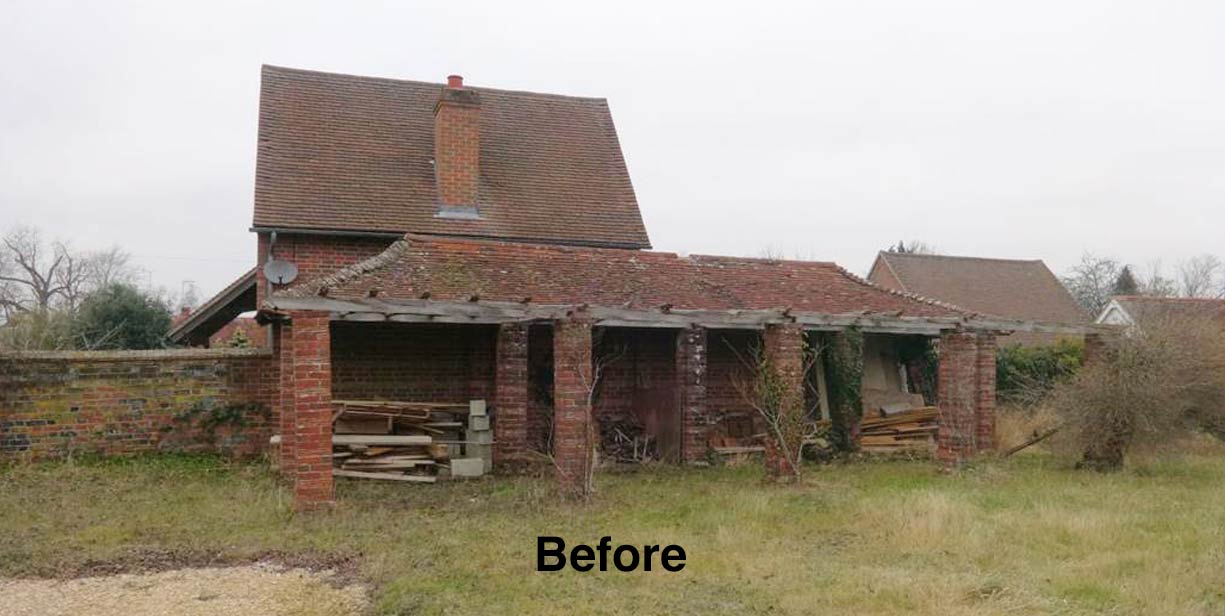 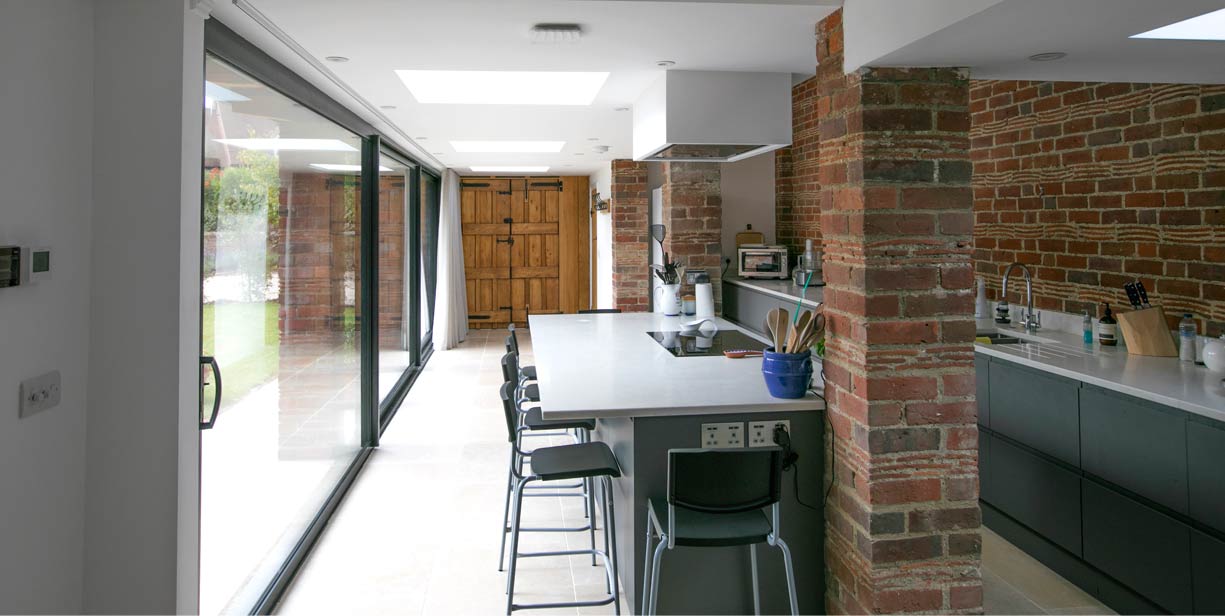 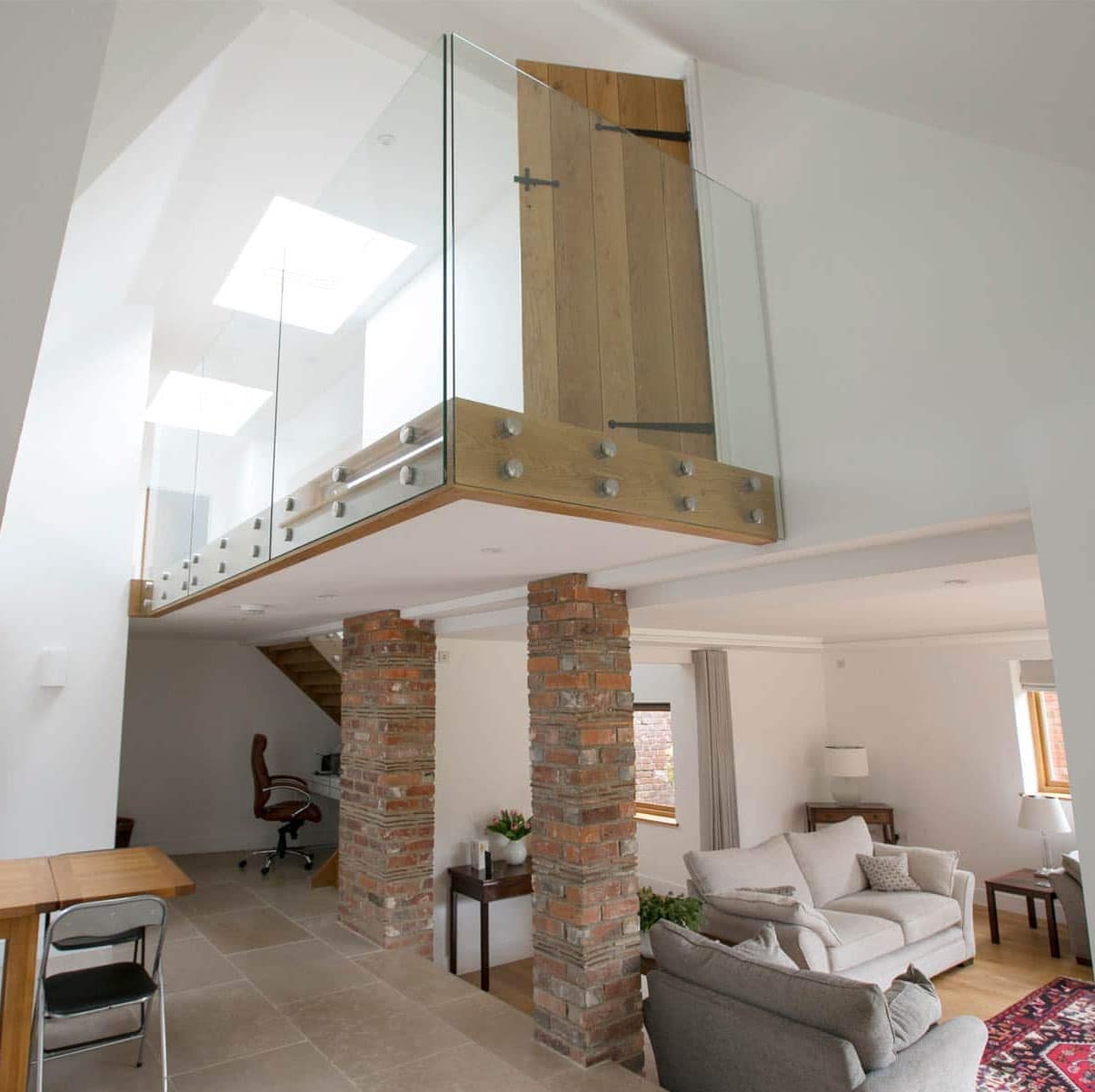 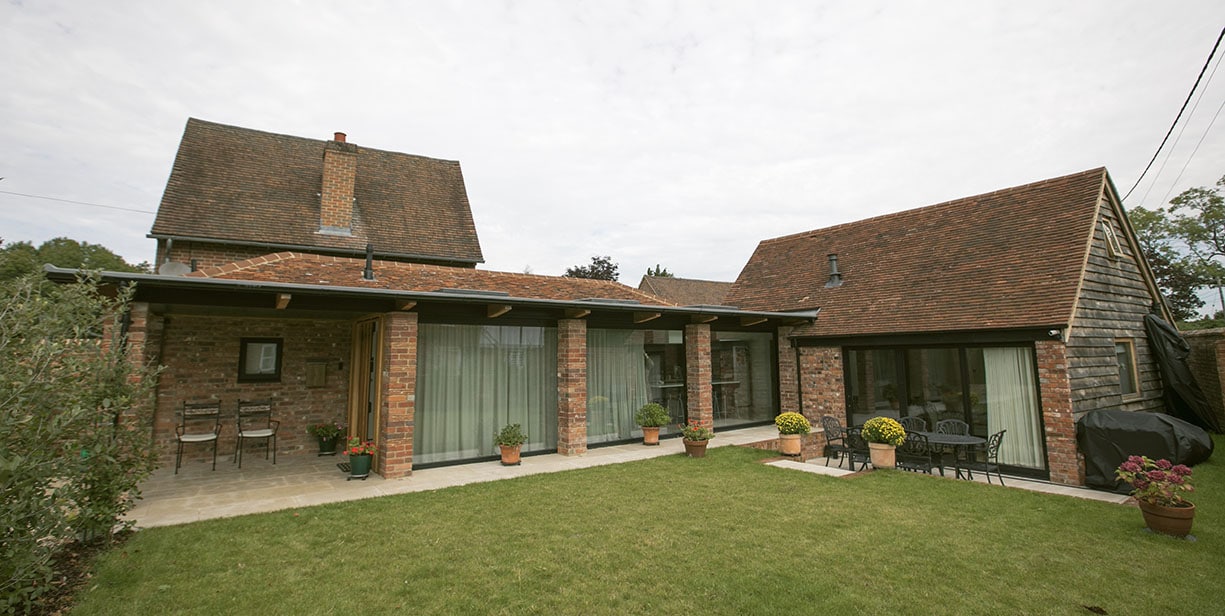 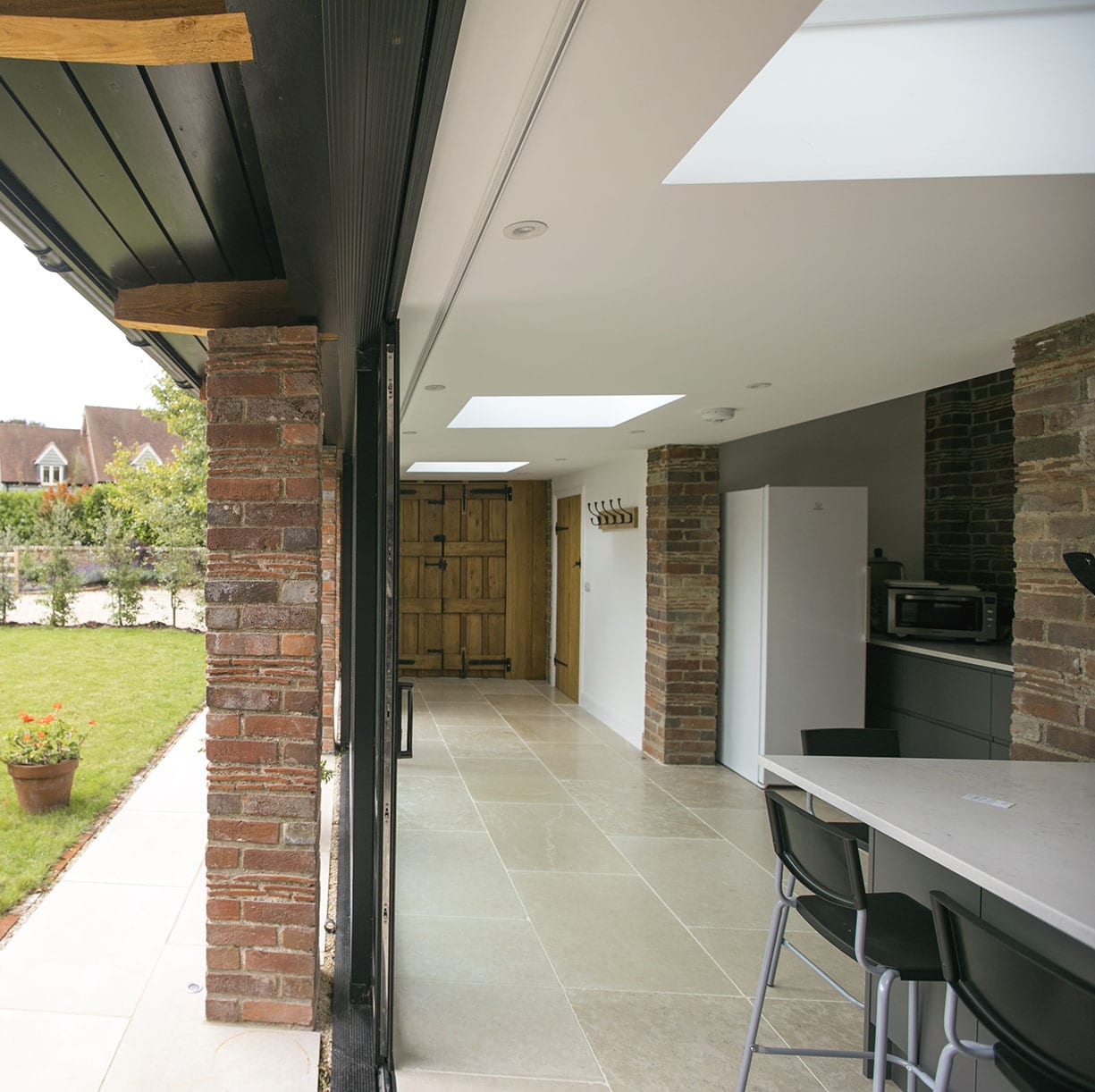 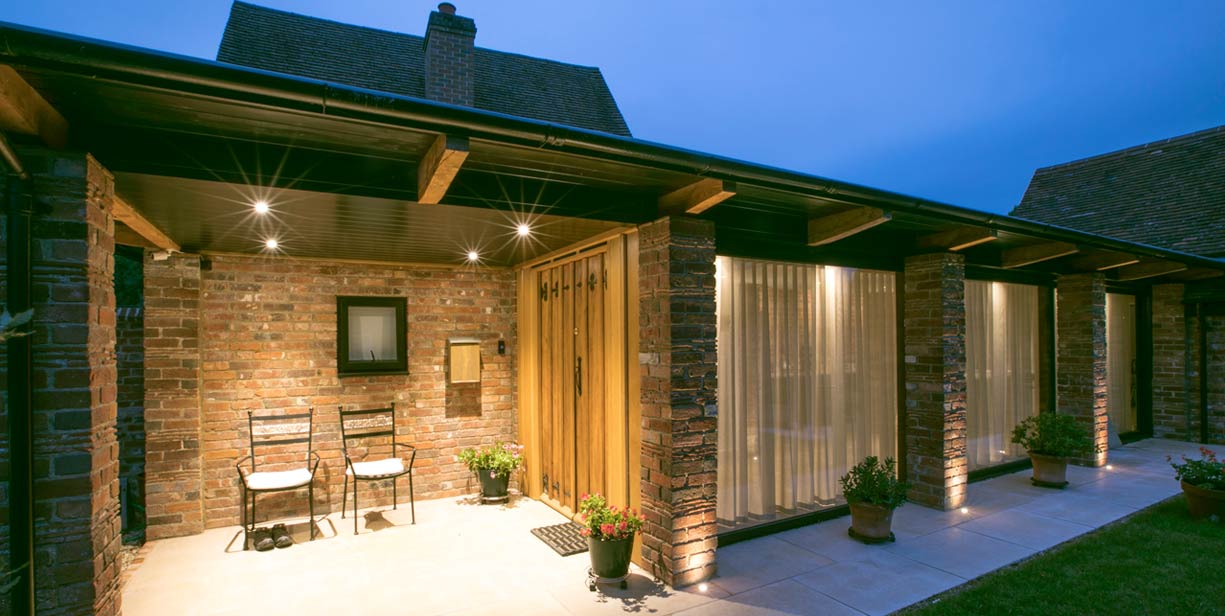 We are proud to have achieved the following awards for recent projects:

As a Chartered Member of RIBA, lapd architects must comply with the Architects Registration Board's 'Architects Code: Standards of Conduct and Practice 2017 version'.